The Group of Seven (G7) conducted the 47th Summit from June 11 to June 13, 2021. While the summit included the permanent members of the organisation (United States of America, United Kingdom, Canada, France, Japan, Italy and Germany), it also included some of the guest countries like India, South Korea and Australia.

With many countries, rooms filled with top leaders and two days of immense discussions across various global concerns, the summit has failed to come up with a comprehensive solution.

Throughout the summit, the leaders discussed China, the origin of the pandemic, South China Sea, global tax, Covid vaccination and many more. In the Carbis Bay G7 Summit Communiqué which runs for a long document, shares the agenda, discussion and huge promises to fix the globe. However, no one ever mentioned how they would do any of it.

The world has been under a huge turmoil ever since the pandemic. While everyone places a heavy focus on the origination of the coronavirus, we have another huge pit to cover i.e, the vaccine shortage. Currently, only a limited number of vaccines have the green signal to be used during emergencies, while many are still under trials.

As the world continues to live on the mercy of the vaccines, there aren’t enough for everyone in the world yet. With the world leaders from the wealthiest nations with stockpiles of Covid 19 vaccines sitting for the G7 summit, there is a reported need for 11 billion Covid 19 vaccination doses. And the leaders managed to come up with a plan for only 1 billion.

Along with the governments, the World Health Organisation introduced a global vaccination drive COVAX with the aim for equal distribution of the coronavirus vaccination. The G7 leaders have promised to deliver 1 billion Covid 19 vaccinations, but how? By when?

So far, a total of 85 million vaccine doses have been administered by COVAX which is way below the target of 252 million within the first half of the year. The world is currently under the biggest health emergency along with a climate catastrophe, the G7 summit failed to meet the challenges of the time.

The leaders from the wealthiest nations arrived in Cornwall for the G7 Summit and found themselves in a completely different situation. The social distancing replaced the hugs and the handshakes. Then there were facemasks which covered half of the faces. But it seems like it wasn’t enough of a wake up call to do anything for the world.

UK Prime Minister Boris Johnson faced major ridicule over social media for travelling to the venue in a private jet to discuss climate change. But all of this seems to be invisible with the fact that carbon dioxide is now at a much higher level in the atmosphere than it has ever been in the past 4 million years.

At the same time, the world is concerned with global heating and greenhouse gas emissions. Even the scientists across the world have made it clear that if the gas emissions are not halved by 2030, the world will be closer to being “doomed”.

All of this seems to be understandable as everyone needed something to talk about before Cop26 which is the UN climate talks. It will be conducted this November in Glasgow, Japan and Canada have already been criticised under the Paris agreement for being inadequate and further suggested to toughen the targets.

So far, the last decade didn’t seem good for the climate, and the upcoming one seems worse.

Fantasy of Building Back Better

The United States of America has been bent on declaring China as a serious threat towards its hegemony. Leaders have changed, but the view has remained the same. Nonetheless, it has been trying to persuade the NATO members and some other friendly nations to come under the same bandwidth.

So it wasn’t a surprise that it targeted China again throughout the summit including the Belt and Road initiative. Ever since 2013, the US has bad-mouthed the initiative and tried to persuade the G7 countries to unify against the same. Along with some other issues and declare China as “strategic competition”.

Not to say that the declaration or the fears are wrong, but how the west plans to implement any of it remains under a massive question mark.

The European leaders so far have denied to unify and declare any labels for China. German Chancellor Angela Merkel also spoke to the media and said that for the world to do better in climate change and biodiversity, China needs to be included too.

However, the G7 leaders ended up signing on a US-backed infrastructure investment plan for the developing nations, the “Build Back Better World” or “B3W”. During the summit, it was presented as a counter for China’s Belt and Road which already has 130 countries formally affiliated.

Meanwhile, the White House has provided no figures regarding the amount of investment and any plan to do so. The US is already in $27 trillion in debt with no plan on clearing that either. B3W against Belt and Road only seems to be a distant fantasy of the US and other nations as nobody has any clue about what would be done in the future.

Never in history has there been a bigger gap between the G7 summit and the crisis that the world is facing at the moment. 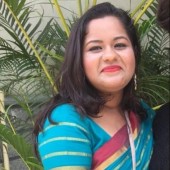