It has been more than 14 years of enjoying kohli’s aggression. However, currently his batting is facing the longest for any champion batter without scoring a ton i.e. 1000 days. The last time he scored one was way back in 2019 – on November 23 against Bangladesh at Eden Gardens. With Asia Cup 2022 around the corner, the former captain is aiming to bounce back. The astonishing fact is, no former great batters had gone century- less for 1000 days. Sunil Gavaskar, Sachin Tendulkar, Rahul Dravid all had lean patches but no one spent a thousand days without scoring a ton.

Since making his debut on 18th August 2008, Kohli scored at a rapid pace, breaking all records on his way to being crowned the King of Indian cricket. While he was destined to come near to break Sachin Tendulkar’s 100-century record, it now seems like a distant dream. He is still stuck at 70 but even then, no currently active cricketer is even close to his remarkable mark.

Virat Kohli 100 Days Without Century: Before his last century

During his prime form, he single-handedly brought fans to the stadium while others were glued to their

tv screens in absolute awe of his masterclass. His supreme style of scoring runs made the fans

Virat Kohli 100 Days Without Century: Since his last century

The experts suggest that the break induced due to covid-19 had probably disturbed the rhythm of the champion batter which has resulted in him being century less so far. However, he still averages 50 in the ‘T20Is’ and has scored more than 800 runs in all the formats.

So, what’s wrong with Kohli?

The first thing that everyone, including Sunil Gavaskar, has pointed out is the lack of self confidence. Kohli hasn’t looked like himself since the pandemic-induced break.

The six months without any cricket or practice hurt him the most as he lost his rhythm.

To get out of the slump, Kohli tried to be more attacking but instead, he suffered a flurry of Golden ducks including playing shots early with timings all over the place. He stepped down from all captaincy duties to deal with his form but that did not help in any way.

Instead, he failed to get his head position right while trying to play his signature cover drives and

more often than not gave away his wicket.

The non-stop nature of cricket since then hasn’t even given Kohli adequate time to rectify his mistakes. He decided to take a month-long break to get things in order before the Asia Cup 2022.

As mentioned earlier that he took a month- long break from the game, the champion batter had

shifted in the gap towards meditation and spirituality. He hasn’t spoken to Sachin or any other

batting great about his lack of form but rather has taken the spiritual route.

While he is no longer the beast who awed us with his extraordinary skills, he is still the wounded lion aiming to strike as soon as he can.

He has completely changed his routine, introducing low sugar diet to his vegetarian diet

plans. Furthermore, he has shifted his focus on upper body strength to play shots more freely

As per former cricketing greats, it is more of a mental block than a problem in his batting

technique. The one-month break from the game surely will have given him some strength while

He stayed with family. We all hope that he comes roaring back to where he belongs driving India’s chances to win the Asia Cup 2022. 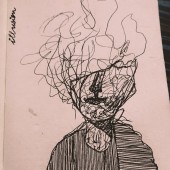 THE FASCINATING JOURNEY OF INDIA AT COMMONWEALTH GAMES