Britney Spears has come up with a highly explanatory public statement about her long-running conservatorship. On 23rd June 2021, Wednesday, a special hearing was held where she spoke in open court about her case.

She made a statement that she wants to end this conservatorship without being evaluated, in an emotional 20-minute address.

The star asked the judge to end the “abusive” conservatorship so that she can get married and have more children, said in a Los Angeles Courtroom.

Spears told the judge she was traumatized every day. “I just want my life back”.

She told the court to end the conservatorship and described this arrangement as “embarrassing and humiliating”. Spears said, “she feels ganged up on, feeling bullied and was completely left out and alone”. She also stated ‘I am tired of feeling alon.

She revealed that “this conservatorship is doing me way more harm than good”.

“I deserve to have a life.”

Spears, 39, also said that she had been denied the right to have more children. She wanted to marry her boyfriend and have another baby, but the conservator would not allow her to. Spears was alleged then to put on the drug lithium- a common medicine for bipolar disorder against her wishes.

Spears talk in detail about certain parts of her life. She said that she is being exploited and because of which she can’t sleep, feels depressed, and cries every day.

Outside the court, dozens of fans gathered holding signs of “free Britney now!” and “get out of Britney’s life!”.

Over a long period of time, the pop star’s life has been ruled by a legal arrangement that removes almost all autonomy from her life.

For 13 years, Britney spears’ hasn’t been in charge of her personal life or her finances. She has been in conservatorship, which is a court-dictated legal arrangement.

A judge declined to remove Mr. Spears in November 2020 but named the financial firm the Bessemer trust as a co-conservator as her estate instead.

Spears is credited with influencing the revival of teen pop during the 1990s and 2000s.she is referred to as the “princess of pop”. She became a cast member of THE ALL NEW MICKEY MOUSE CLUB TV show in 1993. After four years spears made a demo tape that earned her a development deal with Jive Records. Her first song was “…… baby one more time,” released in 1998.

Spears announced in 2019 that she was taking an “indefinite work hiatus”. A TV Documentary film (#FreeBritney and framing Britney) about the conservatorship, aired in 2021.

What Is A Conservatorship?

The career of singers has been in the hands of legal guardians in an arrangement known as conservatorship.

When Is A Conservatorship Needed?

The legal and financial conservatorship are arranged for the people who are not able to make their own decisions due to cognitive impairment or in the case of someone with dementia.

Why Did Britney Spears Need A Conservatorship?

As she got divorced from Kevin Federline, she also lost custody of their two children. In  2008, she started facing a public mental health crisis.

What Does Britney Spears’ Conservatorship Include?

Mostly it controls all the major aspects of spears’ life. Including decisions regarding financial, medical, and personal well-being. 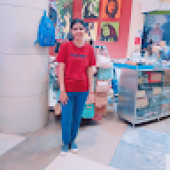