The adage ” A picture is worth a thousand words” by Henrik Ibsen usually denotes the magnanimity of the ineffable. But that which is inexpressible isn’t always likable. The mundane rigmarole that labor has to go through essentially deprives him of life, Imagine the pain of his offsprings?

In the age where they should be going to the schools, their misfortune makes them work for the factories and construction sites. In the hope of contributing and enhancing the prevailing monetary situation of the houses, they earn pennies.

What does child labor mean?

When children from the age group of 7-17 years are employed or are forced to work at various locations at very low income or no income and do not attend a school or irregularly attend the school is considered as ‘child labor’.

There are millions of children who sacrifice their childhood to help their parents to meet their basic minimum requirements.

The majority of the children are engaged in the various agricultural areas, factories, service sector, and some small ration shops selling beedi, cigarettes. Early exposure to such a workplace is among the reasons for the addiction to tobacco.

Flexible nature of the unorganized sector:

A large population of  India works in the unorganized sector where there are hardly any provisions to the legislation that guarantee rights. Neither the working hours are not fixed nor the wages. To sustain a huge family takes a toll on the members of the family forcing them to earn more to survive.

Children are helping their family and impoverished families have no alternative but to put their children to work. Often, these children are sold by their parents to child traffickers to lessen their economic burden and to gain extra money.

Low literacy, lack of decent work opportunities, conflicts, and mass displacement are all by-products of poverty.

Even if a  parent wishes to send their children to school, they can’t send them as they cannot afford the expenditure of the fee.

Since the incomes are not adequate, it forces people to move out of their homes to the urban areas in search of better livelihood. In these situations, the children are more vulnerable than the elders.

When you don’t have a home, how would you think of school?

Article 24 of the Indian Constitution states that ” No child below the age of fourteen years shall be employed to work in any factory or mine or engaged in any other hazardous employment”.Though there is the legal protection given, the adverse situation prevailing in the socio-economic atmosphere in the country has on an exponential level put children to risk.

The government of India has over the years set rehabilitation centers for children working in hazardous occupations and various programs have been launched wherein special schools have been set up for  2million children, where they will be providing basic education, vocational training, monthly stipend, regular health check-up.

People predominantly promote social evil by employing children at a lower wage. It’s high time we start denouncing such acts as a mere form of exploitation. If we as citizens are not helping the cause, let’s not become barriers in the way.

Through awareness campaigns and generous charity are the things of the past, they still do contribute in a significant manner to the cause. But, the paralysis of poverty can only be cured by employment.

The edifice of the citizenship model rests not on Institutions, but on Individuals. Child rights are not just a concern of the authorities, the need of the hour is to make it an issue of responsible citizenship.

A multidimensional effort of the  Institutions coupled with a prolonged push by the citizens is the way forward. 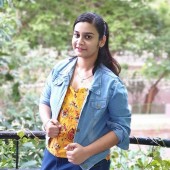