“History owes an apology to the members of this community and their families, for the delay in providing redressal for the ignominy and ostracism that they have suffered through the centuries. The members of this community were compelled to live a life full of fear of reprisal and persecution. The LGBT persons deserve to live a life unshackled from the shadow of being unapprehended felons.”

In 2018, Justice Indu Malhotra penned down these stimulating words while delivering the judgment regarding Section 377 that decriminalized gay sex in India. This was a landmark judgment as it became an epitome of hope, acceptance, and a better future for the LGBTQ(IA+) community.

This is the third pride month since the Section 377 verdict, but some questions remain unanswered, “what has changed for the community”? “Has the judgment been able to shake the edifice of prejudices against the community”? “Is coming out of the closet comfortable in households of India now”? Are the members of the LGBTQ(IA+) community as safe as Straight people”?

Are things all good & jolly now that Section 377 has been obliterated?

Though, “We the People of India” have accepted the fact that being gay, lesbian, transgender, bisexual, or queer is not a legal offense anymore.

But have we as a society accepted that being homosexual is just like being a straight person next door? No, not at all.

Even talking about it is considered indecorous in families, who simply assume heterosexuality as the only reality. But how does anyone else, other than the concerned person, know what their sexual inclinations are?

Torchbearers of the Indian culture consider even the talks of sex as a sin. The parents are essentially descendants of the same lineage. When we as kids are not even able to say the word “sex” in their presence, do you think the parents have developed the capabilities to listen about the same sex?

We still are far from discussing section 377 or anything remotely related to that on a public forum, and the irony being “proclaimed custodians of Indian culture” are blind to the works of Kamasutra by Vatsyayana.

Therefore, it’s high time that we indulge in the dialogue about the fact that culturally in ancient times, we were not homophobic. This modern societal homophobia was introduced to India by the European Colonizers and the subsequent enactment of Section 377 by the Britishers. It took us seven decades to get rid of the legislative mockery. Nonetheless, it was good riddance.

Justice Dhananjaya Y. Chandrachud rightly meant that it is difficult to right a wrong of the past, and all we can do is act for a better future. This case is not just about decriminalizing homosexuality but at large about people wanting to live with dignity.

Is coming out of the closet a comfortable thing in India?

Coming out is not and may never be easy.

While for some people, it helps them with the daily struggles of being gay, bi, or queer, and be their true self without fear and anxiety. But for some people, it brings chaos like being disowned by the family, losing the job, or housing. However, this unique journey towards self-worth begins when they open up about their sexuality and gender orientation.

As per a report published by the Indian Journal of psychiatry,

“If India is similar to the populations encountered in research in the developed countries, where estimates are gained when participants are not in immense fear & have some level of freedom, it may be that 3.8% of the population of India fall within the LGBT group, an estimated 45.4 million people in 2011”.

Whereas the government of India told the Apex Court in 2012, that there were about 2.5 million (25 lakhs) self-declared gay people in India.

Keeping the numbers aside, things will only change when we as parents, friends, family & society become welcoming for the people who are out of the closet. There shall be an inspiration for a teenager or a grown person struggling about their sexuality to come out.

Are the members of the LGBTQ(IA+) community as safe as Straight people?

As per the rule of law, citizens of the country are free to celebrate their sexuality, gender identity and face no discrimination. Last year, I read about a gay boy, beaten by police officials. He was kept in jail for 12 hrs before his family arranged for a lawyer to get him out.

This brutality was done by the police, who are constitutionally responsible for safeguarding citizens and establishing law and order. As per the directive by the supreme court dated Sept 6th, 2018, the police are supposed to get “periodic training to sensitize them about the issue relating to homosexuality not being a crime”.

One does not have to be surprised about the so-called tactics like conversion therapy, corrective rapes, discrimination, and propaganda against LGBTQ(IA+).

I believe that the law has upheld the right of dignity for the LGBTQ(IA+) Community. Instances like allowing trans people to change their legal gender post-sex reassignment surgery under legislation passed in 2019, is a step in the right direction.

Intersex people are joining politics and have been given a platform. Acceptance of homosexuals has increased and is higher in top government institutes such as IITs, they are having their own LGBT clubs like “Saathi” in IIT Bombay “Anchor” in BITS Pilani. States like Uttar Pradesh have shown the highest acceptance of the LGBT community, around 36% as per a survey conducted in 2019.

So, the road ahead includes more discussions about sexuality and gender identity in society. At the same time, the government should take the narrative into its own hands and create public awareness to eliminate the stigma that members of the LGBTQ(IA+) community face and take measures so that people of this community can live a dignified life, which until now has not been done.

Establishing anti-discriminatory laws to help LGBTQ(IA+) people gain access to jobs, healthcare, education, and housing is a fair demand from the community to prevent the supreme court verdict from fading into irrelevance.

Though same-sex marriage is not legal, a PIL has been filled in the Delhi High court and till now only a single LGBT person can adopt a child as they are recognized by the law. The directions are needed for same-sex couples as well.  Bills are pending like the appointment of homosexuals in the military will certainly boost up the morale of the community.

But in midst of all this dark snowstorm, we are now having allies to support our fight as the people of all generations, and especially the youth irrespective of their sexuality are taking part in pride parades to support their gay or homosexual friend or child. That gives us hope that one day this country will become a port in a storm for all sexuality and gender and races or to simply put all humans.

A quote from Barbara Gittings, an American activist for LGBTQ rights fills up the community with a passion to combat: “Equality means more than passing laws. The struggle is won in the hearts and minds of the community, where it counts.” 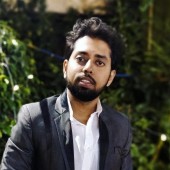