The idea of absolute freedom can only be an expression of people living in a lullaby world or the ones accustomed to the narrative of the opposition’s politics.

Twitter has been a vocal tool for the underdogs, activists, Journalists, Politicians, critics, and Celebrities over the years. Since October 2010 Twitter had been central to the politics of the BJP, all their anti-corruption movement thrived on the platform. Uddhav Thackeray recently in a statement said that Twitter was the soul of BJP politics, but now their vehicle is being used by someone else. The question now arises is what has Twitter done to insinuate the notion of “dost-dost na raha”?

In November last year, Twitter showed Ladakh as a part of China, though it apologized for the same in writing to the parliamentary panel then. Later, in February 2021, the government asked Twitter to remove 1435 handles, which the ministry thought were creating a ruckus. Initially, Twitter removed only 500 accounts on account of violating its rules. The rest were not blocked on account of “country withheld content policy”. Though, at last, Twitter removed 97% of accounts of what the government demanded.

In the month of May this year, Twitter labeled Dr Sambit Patra’s tweet as “manipulative media”. The controversy intensified with the removal of blue ticks from RSS Chief and the Vice President of the country. Though the accounts were restored within hours, the damage had already been done.

Delivering a tag of manipulative media is permissible, and not restricted under the IT act, 2000. The build up of mistrust and the following series of events over the past year were enough to sour the bittersweet relationship between Twitter and Government of India. Furthermore, adding the tag of “manipulated media” added fuel to the fire.

Meanwhile, Delhi police knocking the office of Twitter India is something which the government could have abstained from doing. Though, before that two notices had been issued to Twitter to which they didn’t respond.

Are the new rules and guidelines a pretext to revenge, or is the government showing the digital platform who the real boss is?

Whichever side you take, don’t let politics sabotage the question in the larger interest. “Is it only India that is demanding and designing legislation on digital management and data regulation?”

Digital platforms like Twitter have also become a breeding ground for adultered content, rape threats, and unrest. The legislation provides relief against defamatory, obscene, pornographic, and paedophilic content. At the same time, protecting the sovereignty of the nation.

Removal of non-consensual intimate pictures within 24 hours from the social media platform and monthly compliance report is providing a step towards transparency.

The power of tech giants is such that they are equivalent to many sovereign nations. These platforms are reaping the fruits of power, without any compliance whatsoever. Is Twitter just an online platform or a publisher?

If you are just an intermediary like Twitter was a few days back in the country, Section 79 provided them with the safe harbor. But then, platforms like these, they also want to play around with the role of publishers and escape their responsibilities.

As a publisher, there will be a heavier legal obligation to remove the content that would prove heavy to their pockets. This would also demand a change in business models which these tech giants are not comfortable in doing so.

PRB act defines publishing responsibilities and liabilities. In case anything goes wrong the printer, publisher, editor, and reporter are liable. They can be booked under sedition, defamation, or even contempt of court. But, who’s accountable for the digital platforms?

Even when you are into making money you ought to have ethics. Even if you don’t have one, at least don’t get caught.

Some genuine concerns by the social media

Apart from twitter’s ideological inclination and skullduggery, there are genuine concerns in the given act raised by the social media platform. Given the apprehension and disapproval of the current regime against any constructive criticism, the enormity enhances to a different level.

Now by this act, the government or “appropriate authority” can ask an intermediary to take down content within 36 hours upon receiving orders. This will eventually put them in a depriving position against the state when they disagree.

Although, breaking end-to-end encryption might prove worthy in cases like rape, threats, violence and public unrest. But it can also be used against the people who voice their opinions that the government may not be fond of.

The government or “appropriate authority” becomes the custodian of objectionable speech online: How will they decide what is morality then, according to convenience?

Apart from all of these, the failure to comply with the rules will not bring them to the verge of being banned in the country, but the safe harbor of section 79 will be taken away. This is what has happened with Twitter, so far.

The executive will eventually prevail over the tech giant. We cannot afford two executives in a country, someone has to dictate terms, it’s better if it’s not by a corporate. The rule gives the executive the right to exercise its autonomy on the digital platform, which is required. But there are reasonable grounds for opposing the same as well. 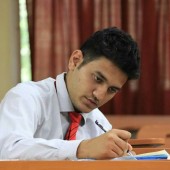